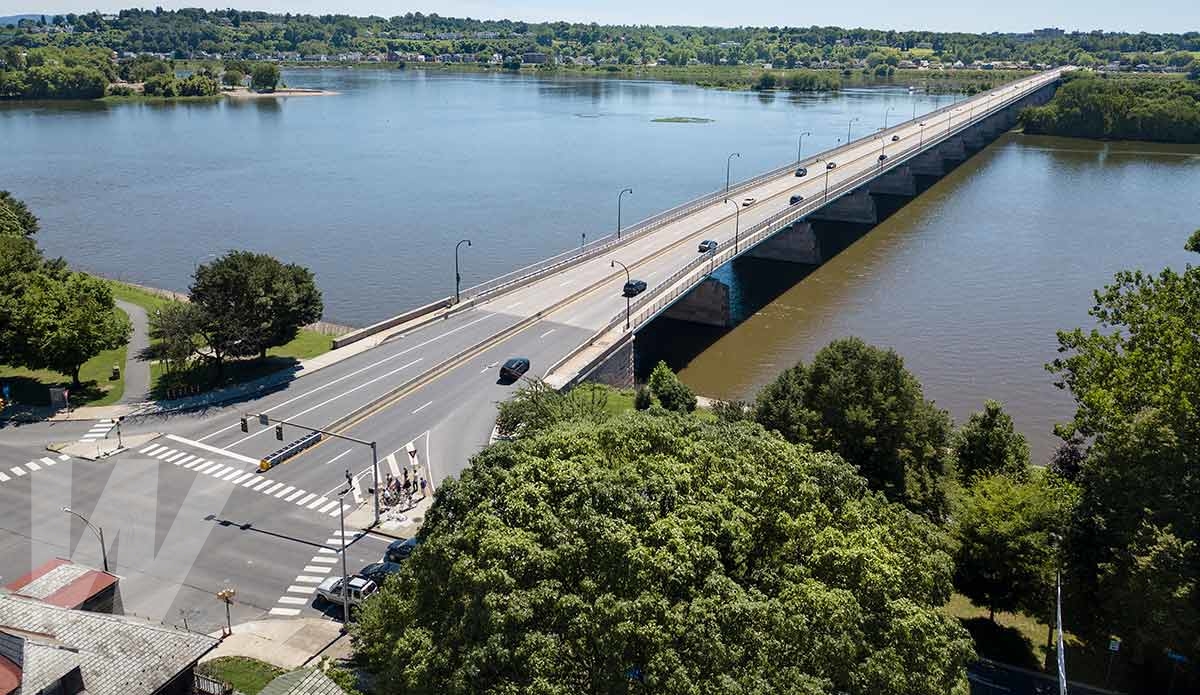 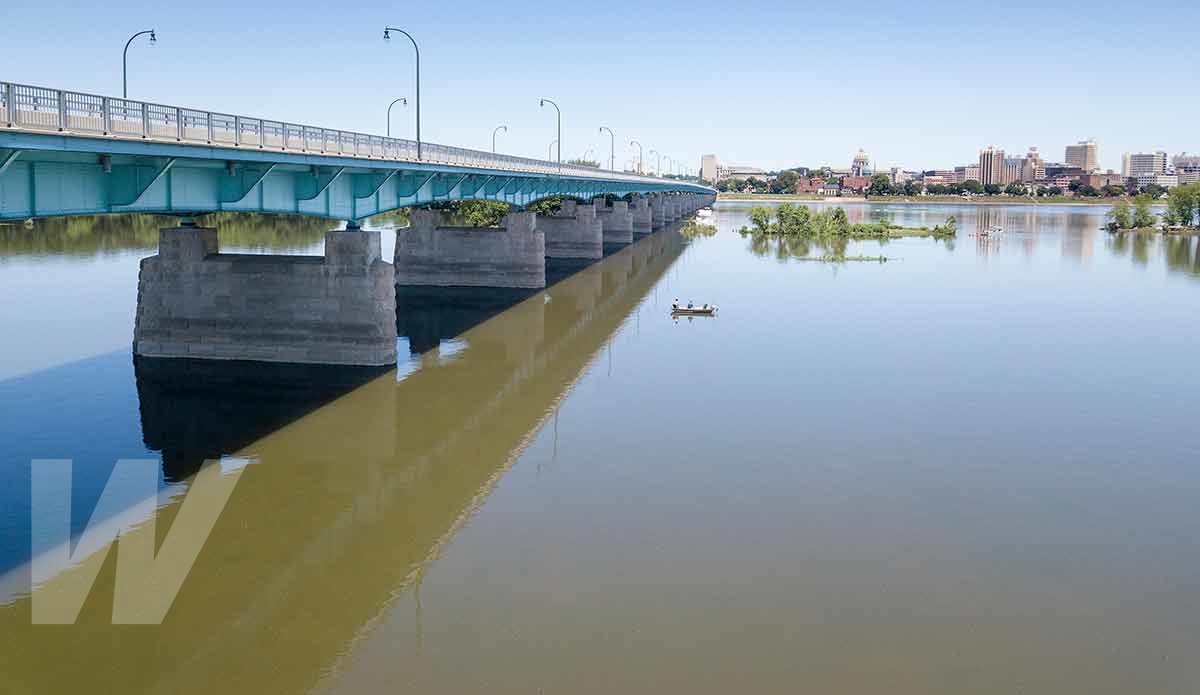 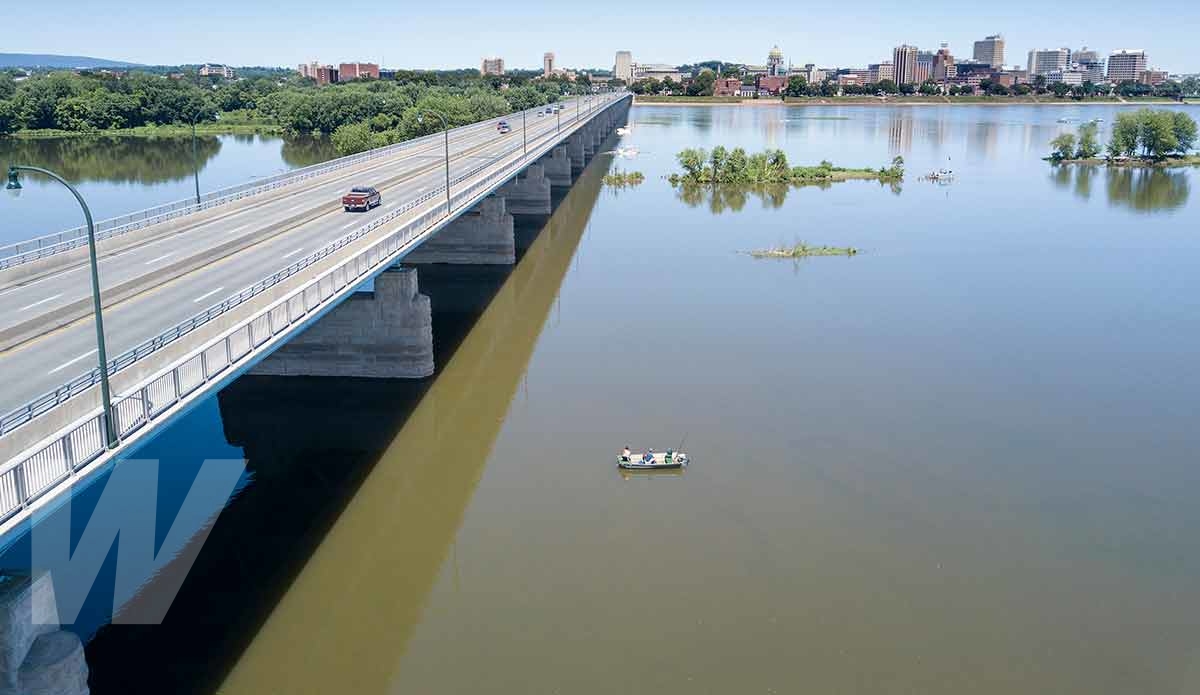 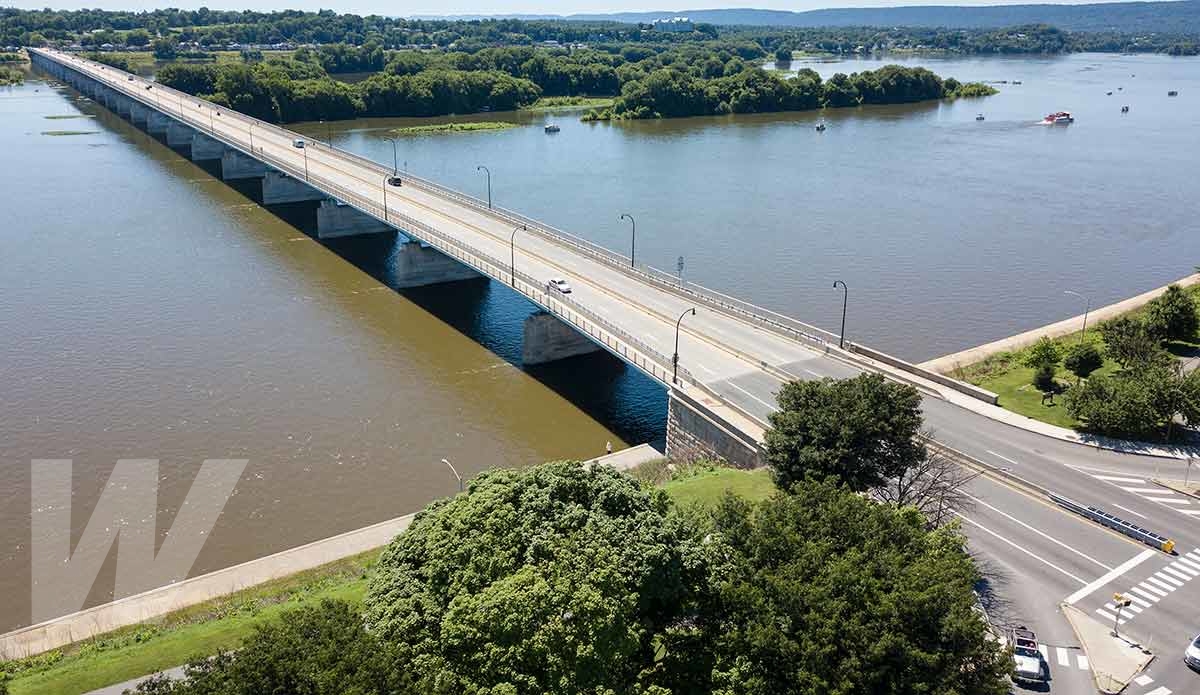 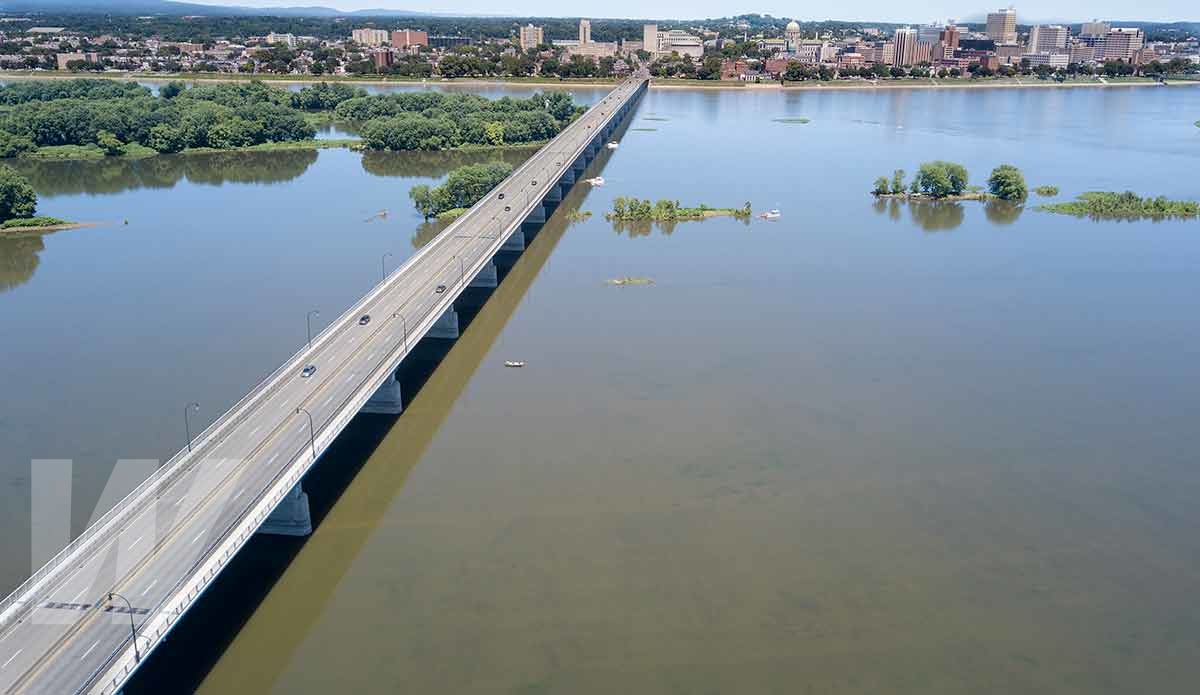 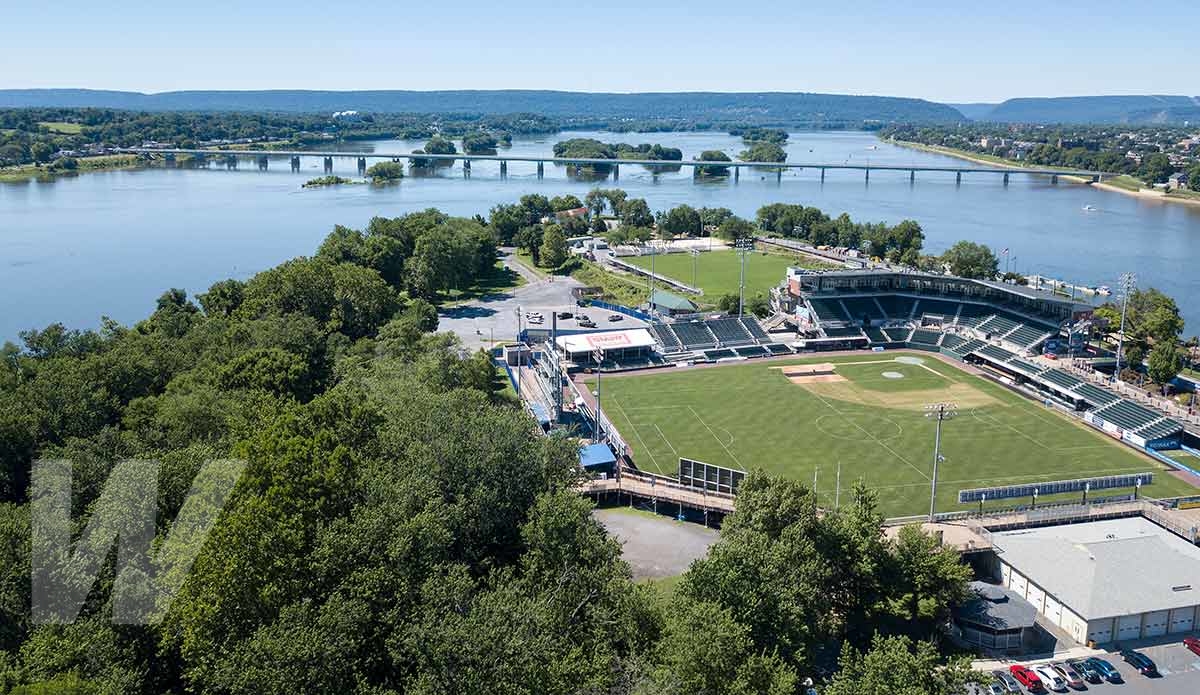 This was a $28.9 million reconstruction project on the Harvey Taylor Bridge which crosses the Susquehanna River. The project involved widening the steel superstructure, re-decking the entire structure, painting the steel superstructure, applying a latex modified concrete overlay and replacing the bridge bearings on the existing piers. Wagman replaced the 4,900-foot long concrete-filled steel grid deck. Because of the large number of commuters driving into and out of the state capital, the bridge could not be closed down during workdays.