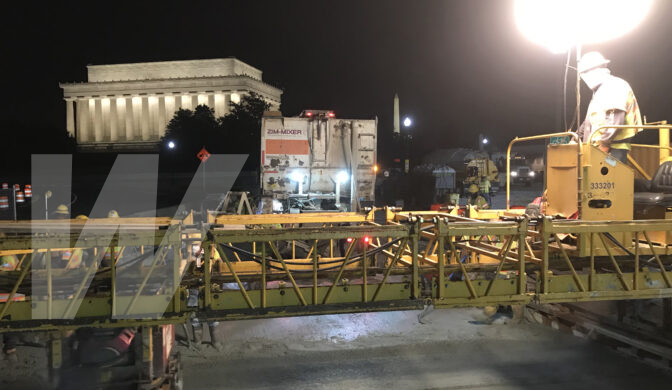 Wagman served as a subcontractor to Kiewit on the $192 million Arlington Memorial bridge rehabilitation project in Washington, D.C. The project included replacing the concrete deck with prefabricated concrete deck panels followed by the placement of Latex Modified Concrete Overlay (LMC), a product that Wagman has been furnishing and installing for over 40 years.

Wagman’s scope of work included approximately 881 cubic yards of LMC that was placed on nearly 14,420 SY of deck surface. Wagman’s scope also included preparation of the new deck panels with shotblasting of the entire deck surface prior to placement of the overlay.