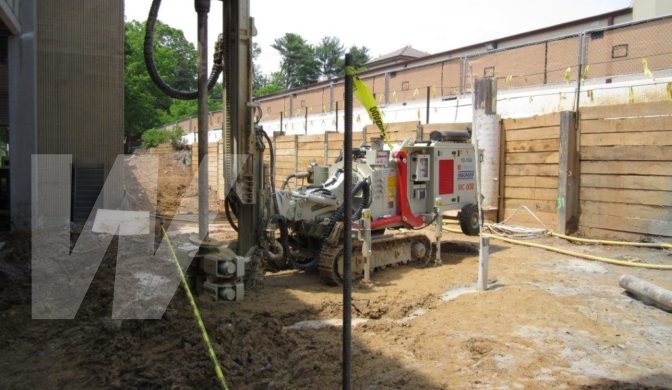 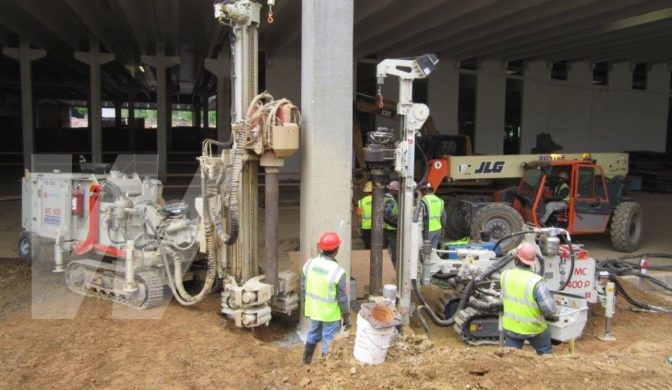 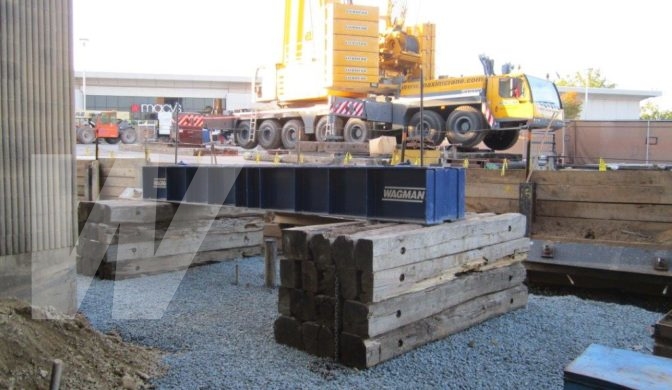 Wagman’s Geotechnical Construction group completed a micropile and underpinning project at Westfield Montgomery Mall. The project involved the installation of 141 micropiles and underpinning to increase the foundation capacity of the precast columns to carry the additional load from the addition of the movie theater on the second level of a three-level parking deck. A new stairwell and elevator, adjacent to an exterior column supporting the parking deck and theater, required the design and construction of a temporary lifting and/or support system at the two-column location. The column that was lifted required footing to be removed so the column could be extended by eight feet to a new mat foundation. Wagman designed an earth retention system to stabilize the support beams holding the column. Hydraulic jacks lifted the column and transferred the load to support beams.