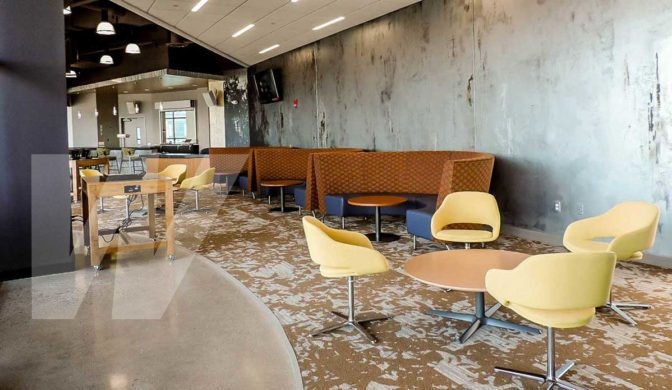 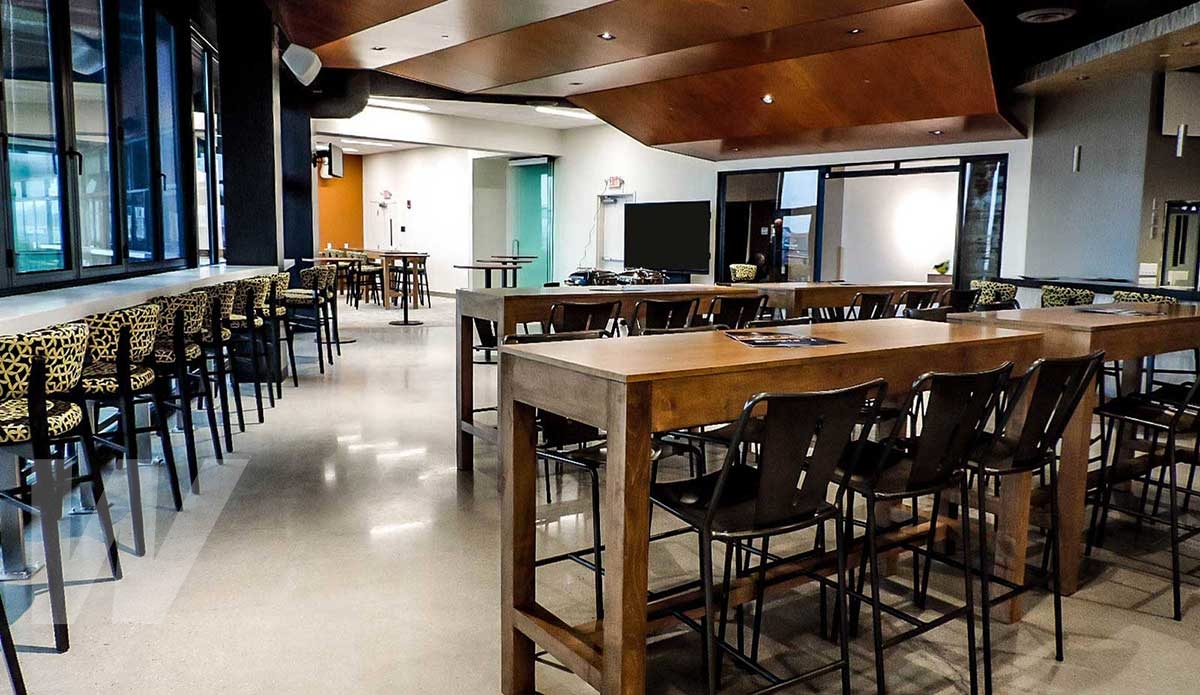 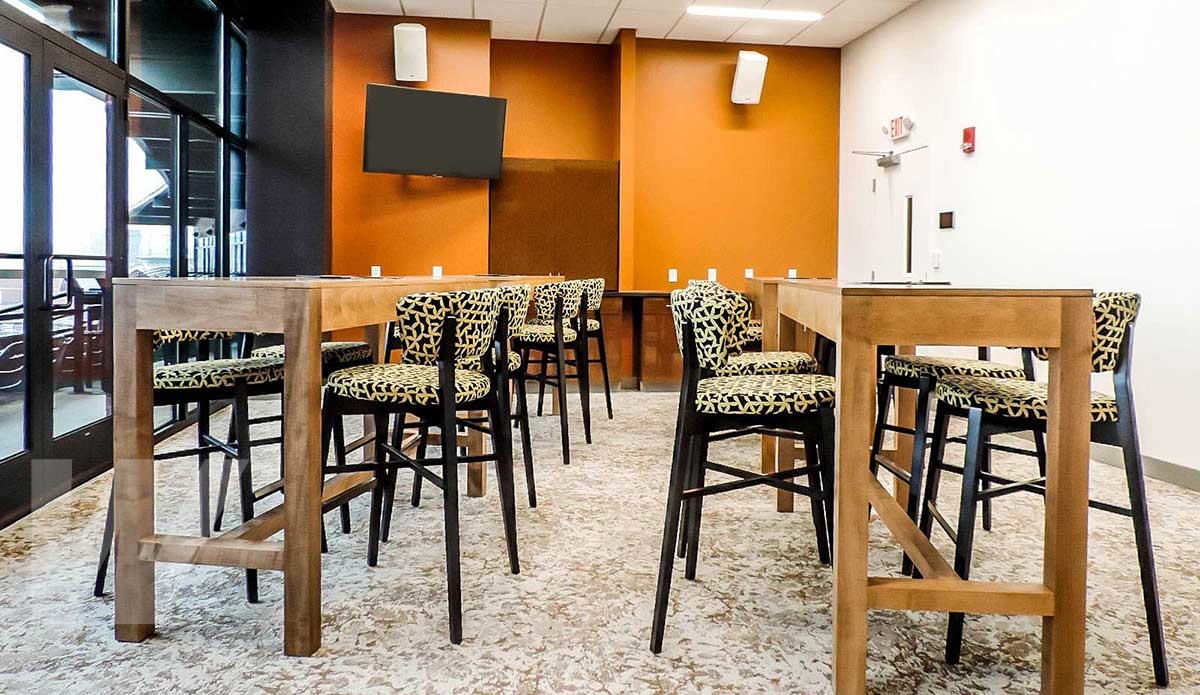 The Lafayette Room, which can be partitioned off for private events 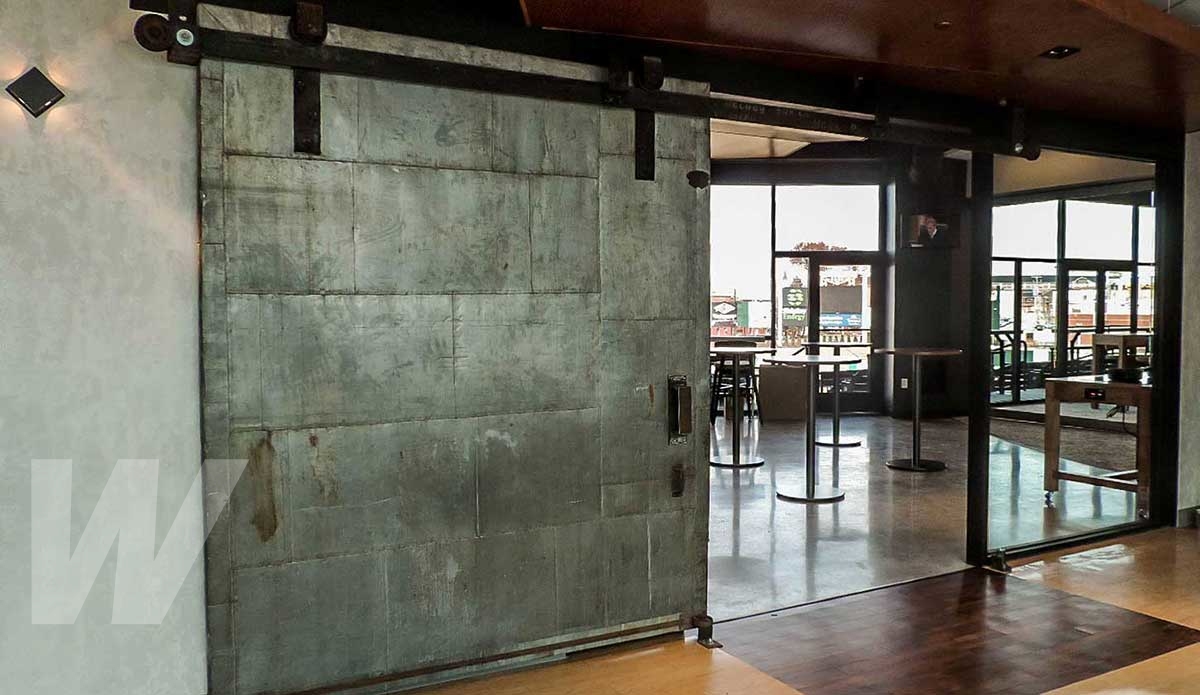 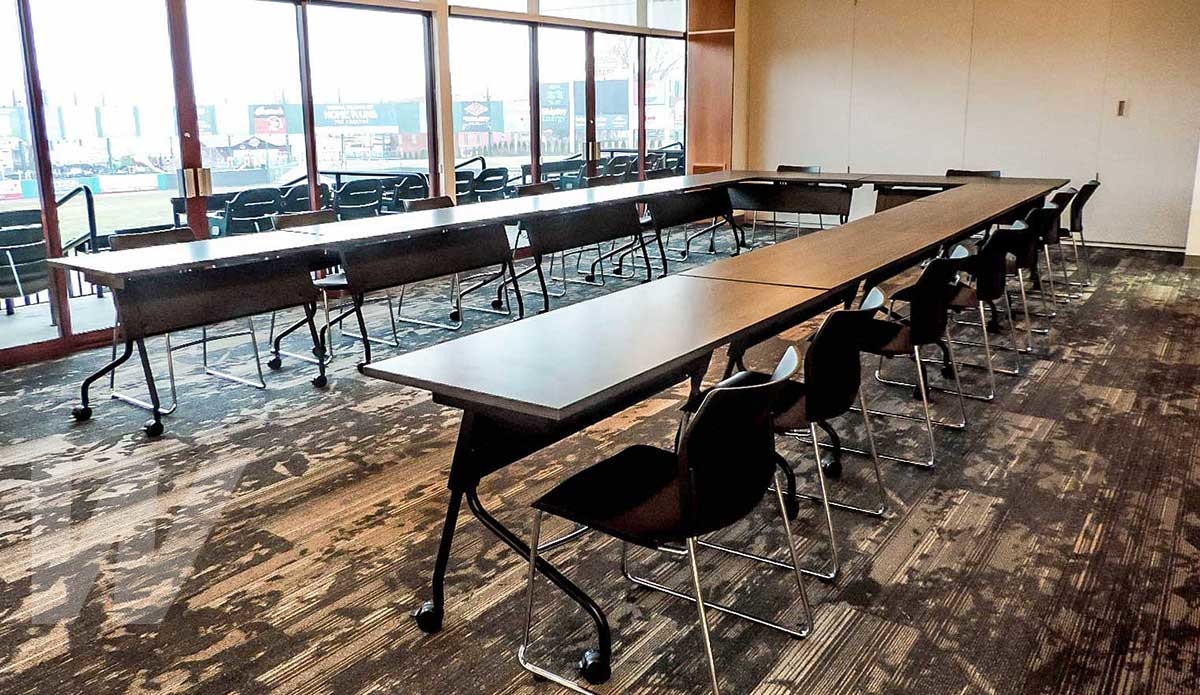 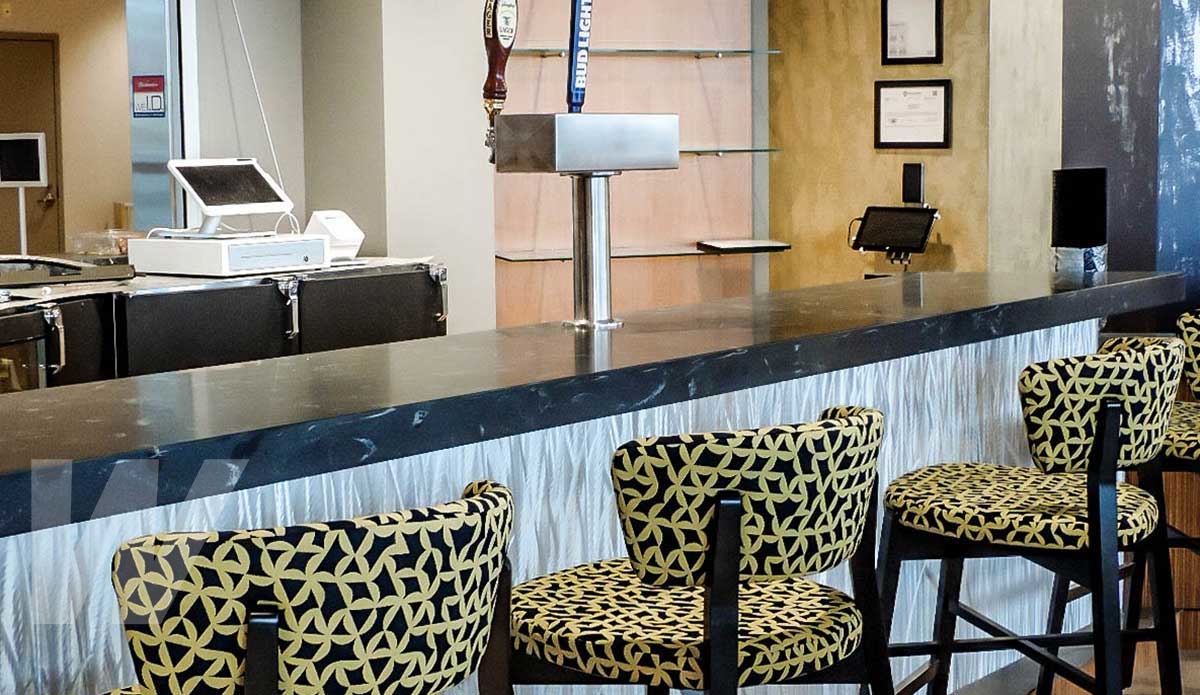 The 1741 Club features a bar with beer on tap

The stadium’s former White Rose Hall was converted into the 1741 Club, named for the year York, Pa. was founded. The space is targeted as an attractive and relaxed venue for businesses taking out memberships with the York Revolution. The venue features new ceilings, windows that can be opened to overlook the field, and new seating and food areas. A portion of the venue, the Lafayette Room, can be partitioned off for private events.

Down the hallway from the 1741 Club, five skyboxes along the first base side were repurposed to be used as nightly baseball game rentals or private meeting events throughout the year. The Monarch Room and the Solomon Room can be used as one venue to host a total of 70 people or as separate entities by using a divider.

Hear about how Wagman was able to transform the former White Rose Hall into the 1741 Club at the York Revolution Baseball Stadium.