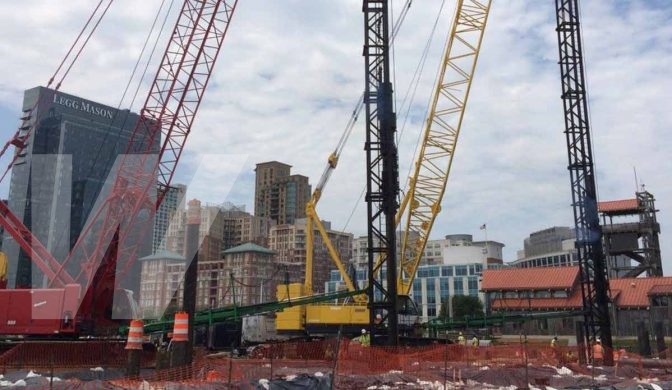 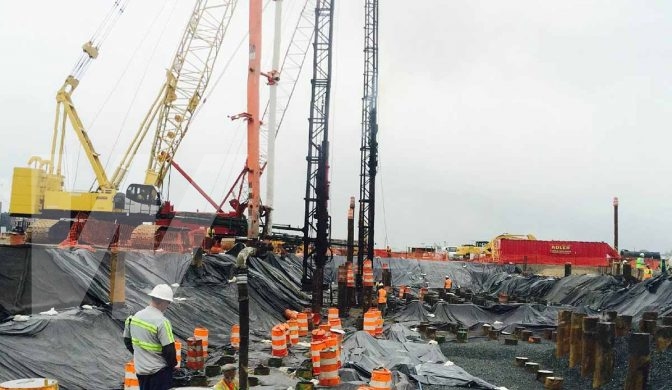 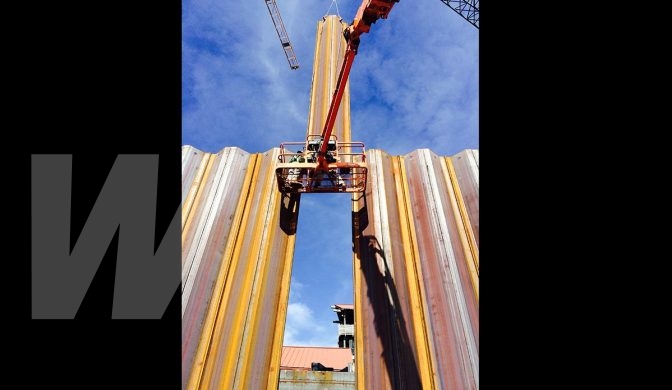 Wagman Geotechnical Construction services group completed a $9.1 M foundation project, including pipe piles and sheet piles, for a new 350’ tall building and parking garage that will be the location of Exelon’s Constellation Headquarters. This project is the first of several buildings that are being built on what will be called Harbor Point.

The building site was the previous location of the Allied Signal’s Baltimore Works facility. In 1985 when Allied ceased operations, it was discovered that the site had chromium contaminated soil and ground water leaching into the Inner Harbor. A slurry wall barrier and liners were installed to contain the contaminated soil and ground water. The clean up was orchestrated and completed in 1999. Wagman modified the construction plans to work safely around the contaminated zones, ensuring they remained contained. Over 60,000 LF of 16″ and 18″ steel pipe pile and 1,500 LF of steel sheet pile was driven on the project by Wagman.