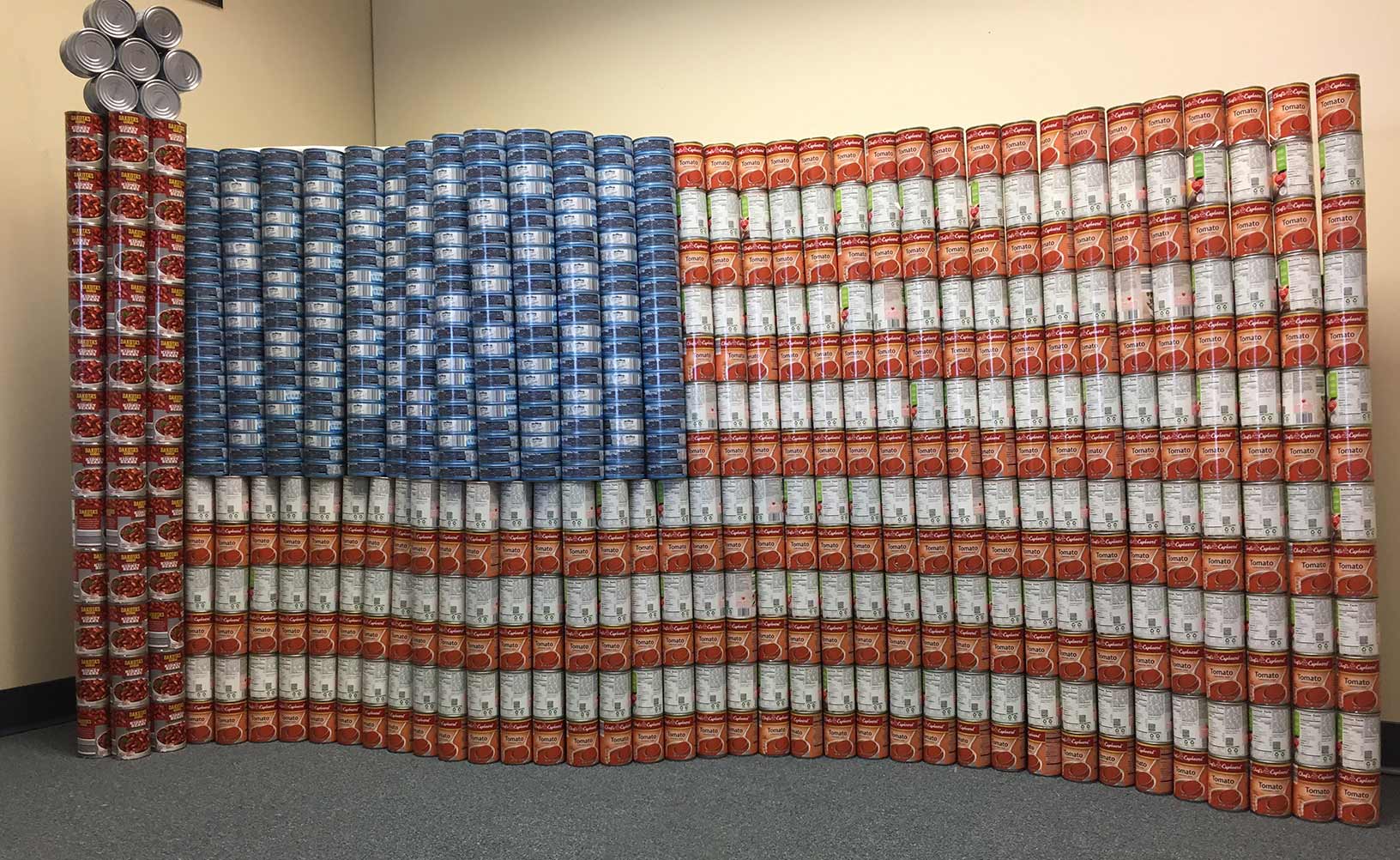 (York, PA ) Wagman, Inc. sponsored its fourth annual Can-Struction contest over the summer. Offices and jobsites were broken into teams and invited to collect canned goods and other non-perishable food items for local charities. On the last day of the drive, teams had 90 minutes to construct the donations into sculptures. In total, the company donated 3,118 pounds of food.

Photos of the sculptures were featured on social media and on the company Intranet so employees and followers on social media could vote for their favorite. With a record number of votes this year, top honors went to a team from Wagman’s corporate headquarters in York, Pa. with their “Building America” sculpture. The team receives $250 to designate to a non-profit of their choice, as well as a certificate. “Ex-ing Out Hunger” built by the team at Wagman’s Dinwiddie, Va. office took second place. Their prize was a certificate and $100 to designate to a non-profit of their choice.

“We are active in all of the communities where our employees live, work and play, but this is the one annual event that gets everyone involved and engaged at the same time for some ‘friendly competition’ and the results are nothing short of amazing,” states Lisa Wagman Glezer, Vice President of Wagman, Inc. She adds, “We are always working together to build great things and exceed expectations in our communities.”