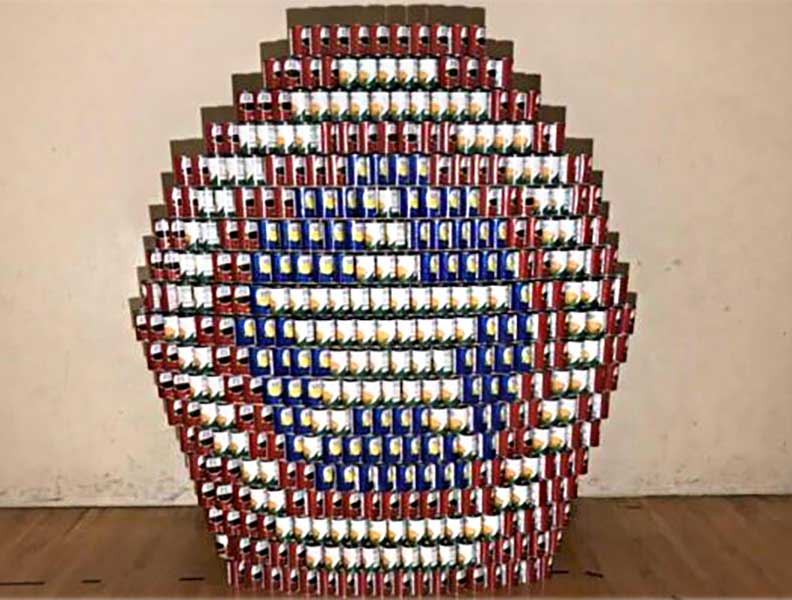 (York, PA) Wagman sponsored it’s fifth annual Food Drive and Can-Struction contest this summer where employees teamed up and collected canned goods and other non-perishable food items. On the final day of the food drive, teams had 90 minutes to construct their donations into sculptures. Photos of the final creations were featured on social media and the company intranet for voting.

In total, the Wagman employees collected and donated 2,422 pounds of food.