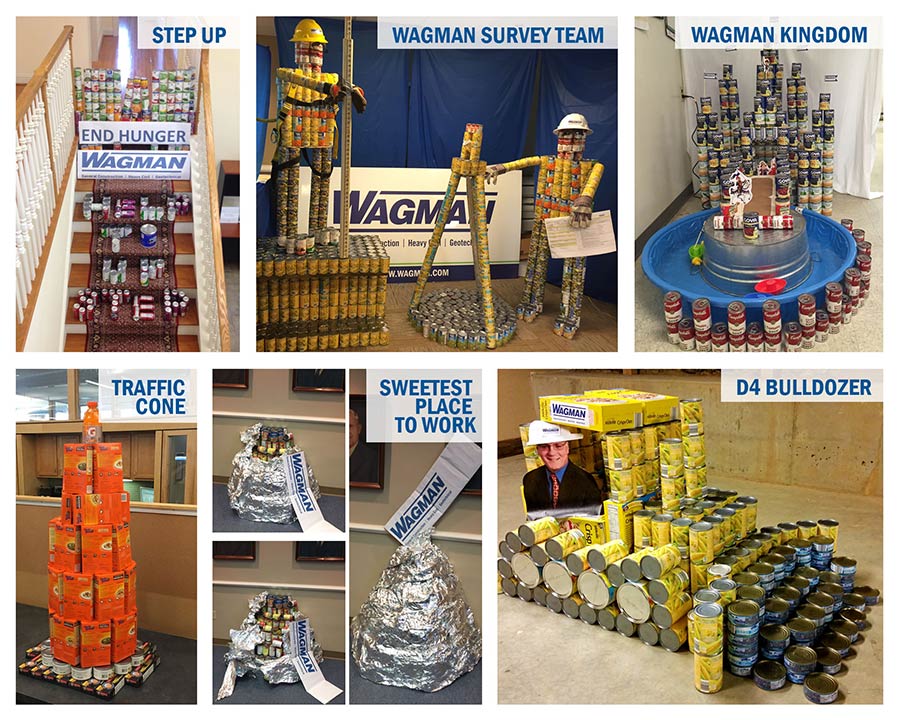 (York, PA ) Wagman, Inc. sponsored its second annual Can-struction contest. Offices and jobsites were broken into teams and invited to collect canned goods and food for local charities. On the final day, teams had an hour and a half to construct the donations into sculptures. The engineers, creators and contractors prided themselves at delivering their projects “on time, on schedule and under budget.”

Lisa Wagman Glezer, Vice President comments, “There was some healthy competition and the sculptures were impressive – we build cool stuff all the time, but we were amazed at the can-struction sculptures that appeared in just 90 minutes or less. There were stories of work plans, collapses, repairs and a lot of fun.” Glezer adds, “The passion of our people is inspiring. We had a large increase in participation from our jobsites this year which more than tripled the donations for our Dinwiddie, VA office. Four food pantries in counties where our employees live, work and play benefited from this drive which was a fantastic outcome.”

About Wagman
Wagman, Inc. is a multi-faceted construction firm with major operations in heavy civil construction, full service general contracting, and geotechnical construction services. Founded in 1902, Wagman is a fourth generation, family-owned company with offices in Pennsylvania and Virginia and is headquartered in York, PA.

Wagman has been consistently ranked among the Best Places to Work in PA. For more information about Wagman, please visit www.wagman.com