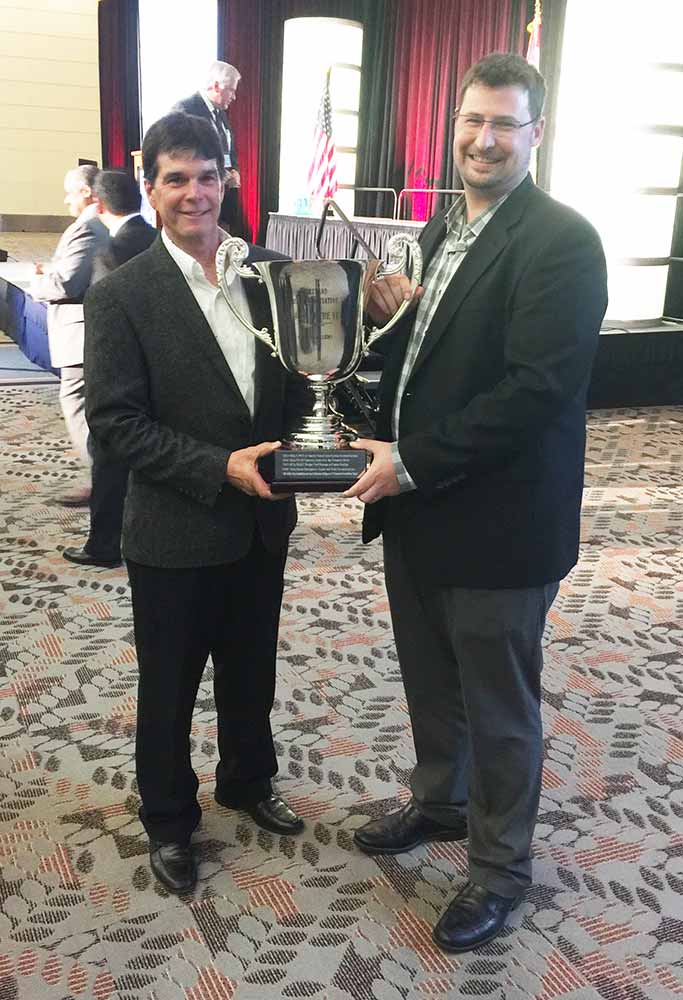 (York, PA ) On January 26, 2017, the Maryland Quality Initiative (MdQI) hosted an Awards of Excellence banquet during the annual MdQI Conference in Baltimore, Maryland. The Awards of Excellence acknowledge the commendable efforts of engineering consultants and contractors who have delivered successful public sector transportation projects in Maryland. Wagman received three awards for their work on the I-95 Deck Rehabilitation and Joint Modification Project for the Maryland Transportation Authority.

The $54.9M project involved the rehabilitation of 241,643 SY of existing bridge decks along Interstate 95 through Baltimore City. Deck rehabilitations using hydro demolition followed by latex modified concrete (LMC) overlay and expansion joint modifications were performed on 28 bridges along I-95 between I-695 Beltway and the Fort McHenry Tunnel. The project work improved ride quality and performance on the bridge decks. It is the largest latex modified concrete project ever completed in the U.S.

Greg Andricos, President and COO of Wagman comments, “It’s great to celebrate this success with our project team and partners. Milestone projects like this don’t just happen – they require constant planning, coordination and attention to quality. We are thrilled to be recognized for our achievements.”

About Wagman
Wagman, Inc. is a multi-faceted construction firm with major operations in heavy civil construction, full service general contracting, and geotechnical construction services. Founded in 1902, Wagman is a fourth generation, family-owned company with offices in Pennsylvania and Virginia and is headquartered in York, PA. For more information about Wagman, please visit www.wagman.com