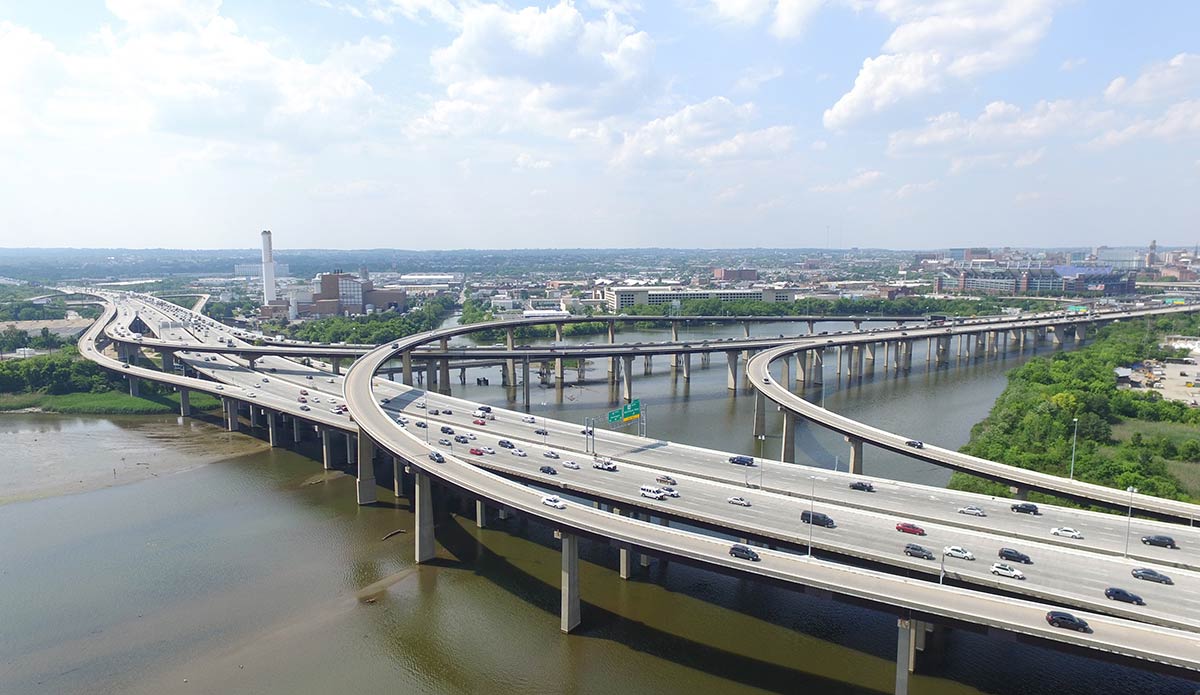 Wagman’s contract required the rehabilitation of 236,734 square yards of existing bridge decks along Interstate 95 through Baltimore. Deck rehabilitations using hydro demolition followed by latex modified concrete (LMC) overlay and expansion joint modifications were performed on 28 bridges along I-95 between I-695 and the Fort McHenry Tunnel.

To minimize traffic impacts, 42 individual traffic shifts were performed throughout the 2-year construction period. All through lanes on I-95 were maintained during peak travel hours except for a two month period mid-summer when traffic volumes were at their lowest. In addition, selective ramp closures with detours were implemented. The contract required 236 miles of temporary markings, 20 miles of permanent markings, 52 miles of temporary barriers, a half-mile of joint replacements, and over 15,695 cubic yards of LMC. Safely delivered within an extremely compressed schedule, this project was the largest LMC rehabilitation project awarded as a single contract in the U.S.

Greg Andricos, President and COO of Wagman stated, “This success of this project can be attributed to active partnering between the owner and Wagman Team members, who remained committed to schedule, quality, timely issue resolution and safety throughout the duration of the project.”

Wagman has been consistently ranked among the Best Places to Work in PA. For more information about Wagman, please visit www.wagman.com