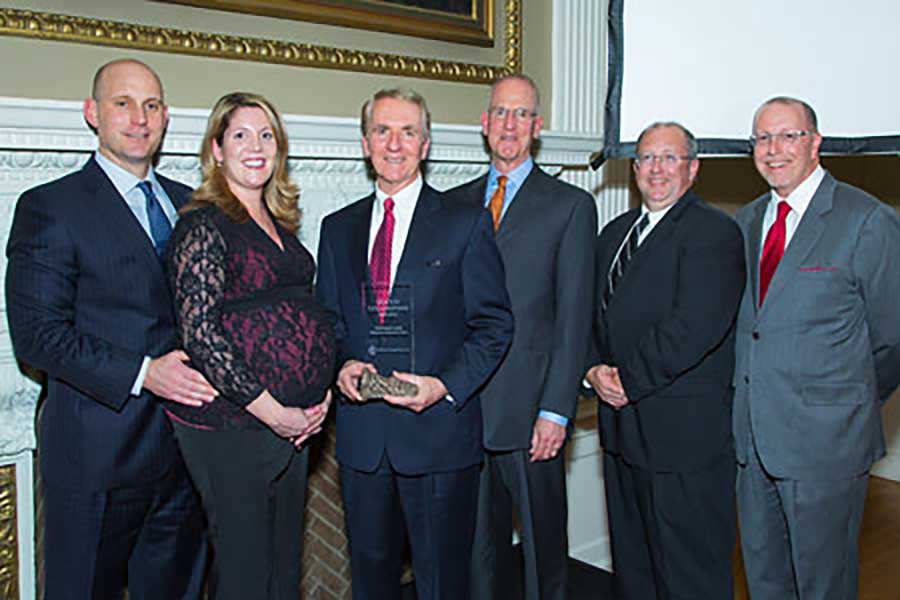 (York, PA) Wagman Family Corporate Leadership was honored as the 2013 recipient of the Lutheran Social Services’ (LSS) Cornerstone Award in recognition the four generations of Wagmans who share a commitment to the community.

Wagman family members representing the 3rd and 4th generations at Wagman Companies include Lisa Wagman Glezer, Mike Glezer, Joe Wagman & Rich Wagman who were recognized at the LSS Cornerstone Dinner on April 4, 2013 at the Yorktowne Hotel. Laura Kaeppeler, 2012 Miss America was the Guest Speaker. This was the 10th Anniversary of the LSS Cornerstone event which raised over $220,000 in donations and sponsorships, which is higher than previous years.

“George Aloysious Wagman, our Dad, was unselfish, generous, fine and self-sacrificing in his entire life to his wife and family. I shall never forget his advice on taking his place in charitable actions. On one occasion, he told me he was scarcely able to get around and attend meetings which he had scheduled and said that he hoped that I would someday take his place. I protested saying that I had all that I could do to take care of the business and my family without adding to the burden of those extra activities. He looked at me and said, “A man is not a man until he can manage his business, his own affairs and then help someone who is less fortunate than you.” I think we as a family should follow this simple philosophy.”

Wagman family members are active on local boards and committees to support non- profit organizations and provide leadership and support to companywide programs to engage Wagman employees in supporting the community with their time, talents and/or financial support. The family also manages the Wagman Corporate Community Fund which was established in 2006 to perpetuate corporate giving despite economic and business cycles. For the company’s 110th anniversary in 2012, Wagman launched an employee community matching program which was so well received; the company is continuing the program in 2013.