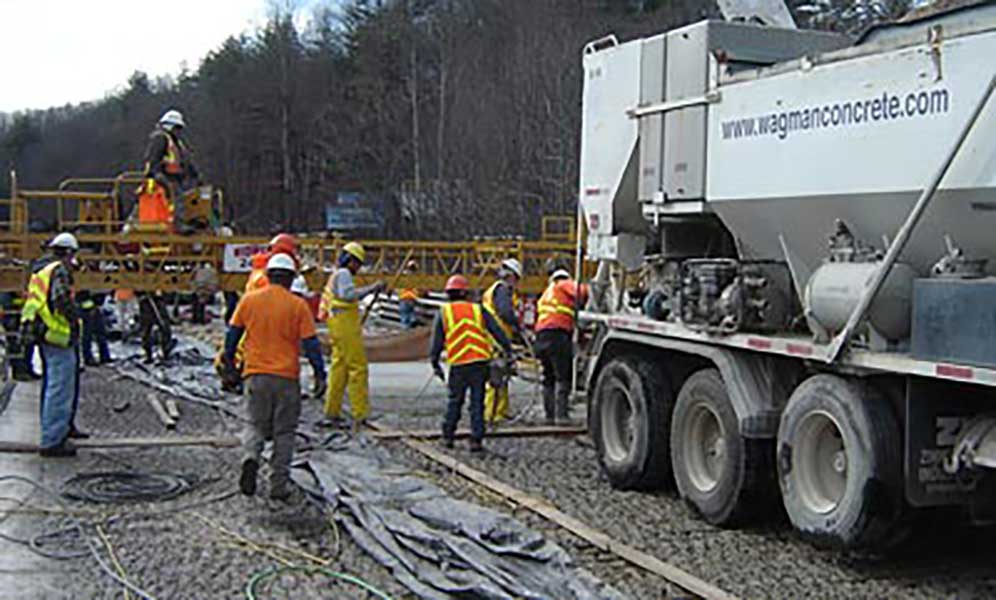 In late October 2009, a rockslide near Waynesville, North Carolina shut down portions of Route 40. Under an emergency contract, Wagman quickly responded during the off season to supply Rapid Set Latex Modified Concrete to the local construction company, Taylor and Murphy Construction Company, Inc. Additional steps were taken by both the general contractor and Wagman to produce RSLMC during the winter months.