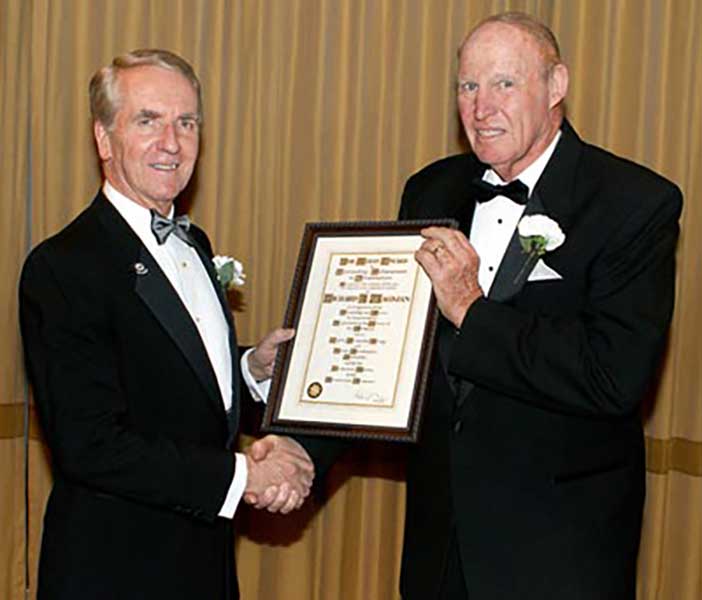 Nominated by industry peers, the Moles Award for Outstanding Achievement in Construction is considered one of the most prestigious industry awards. The esteemed Moles Awards program started in 1941 to annually recognize outstanding achievements in heavy construction by two people – one a Moles member and one a non member. Rich Wagman received the non-member Award and Tom Iovino of Judlau Contracting, Inc. received the member award. By receiving this award, Rich Wagman is automatically inducted into the elite Moles organization. Rich is the second award recipient from PA to receive this national recognition.

About Moles
The Moles, a fraternal organization of the heavy construction industry, is the most prestigious organization of its kind in the world. The organization was started in the 1930s by contractors and engineers engaged in tunneling in the New York/New Jersey area. Moles members are leaders in their profession who are dedicated to promoting the industry and supporting their colleagues through outreach programs and networking opportunities.

The Moles membership is limited to 538 Active Members. To gain membership in The Moles, one must be nominated by a member and have the support of five other Moles members. Applications are then considered by the Membership Committee and the Executive Committee. Those with the highest ratings are admitted to membership, depending on the number of vacancies existing each year.

The Moles’ Awards were instituted in 1941 as a means by which this organization signalizes the honor it pays to outstanding ability and accomplishment in the heavy construction field. For more information about the Moles, please visit  http://themoles.info/

About Richard E. Wagman
Rich joined the family business 1970 and was promoted to President in 1977. Given the cyclical nature of the transportation industry, he identified the need to diversify and did so by getting into waste water treatment plants, commercial construction, real estate development, geotechnical construction services and latex modified concrete.

Under Rich’s leadership, the construction company has grown dramatically in size and successfully transitioned from a small, local bridge builder into the “mega-project” market, gaining national recognition for high profile projects including the Woodrow Wilson Bridge projects, Intercounty Connector (ICC) and the I-96/I-695 Interchange in Baltimore, MD. Wagman is currently the managing partner of the complex Route 52 Causeway Bridge Project in New Jersey connecting Somers Point and Ocean City.

In addition to his commitment to the company, he has devoted a substantial amount of his time to industry organizations. Rich has served as Past Chairman of the American Road and Transportation Builders Association (ARTBA); Past Chairman of The Road Information Program (TRIP); Past President of Associated Pennsylvania Constructors (APC) and Past President of Maryland Transportation Builders & Materials Association (MTBMA). Full bio available upon request.